Gujarat is all set to be the first state to implement 10% reservation for the economically backward classes (EBC) in general category (GC) in educational institutions and government jobs; but a government report says in 2009, the then chief minister Narendra Modi had raised concerns over the legal implications if the reservation crossed the cap of 50% and said, there was a race today for inclusion in backward classes which is was not proper.

The Bill to reserve 10% quotas for EBCs in GC was passed by Parliament and received President Ram Nath Kovind’s assent on Saturday.

The state’s response has been recorded in the report of the Sinho Committee panel formed by the Congress-led UPA government to consider reservation for EBCs in GC.

The panel report quotes Prime Minister Modi who was then the chief minister of Gujarat having suggested different parameters to be laid down to identify the EBCs.

In his response to the panel during consultations held between January 19 and 26, 2009; Modi had said parameters must be decided beforehand and debated in the open forum involving, state government. He had also said, it must be known beforehand how much population came under the criteria [of quota], thereafter, a suitable strategy could be worked out for providing support and assistance.

On January 9, after the Bill was passed in the Rajya Sabha, the PM had tweeted, “By passing The Constitution (One Hundred And Twenty-Fourth Amendment) Bill, 2019, we pay tributes to the makers of our Constitution and the great freedom fighters, who envisioned an India that is strong and inclusiv

Passage of Bill, in both Houses of Parliament is a victory for social justice. It ensures a wider canvas for our Yuva Shakti to showcase their prowess and contribute towards India’s transformation.” 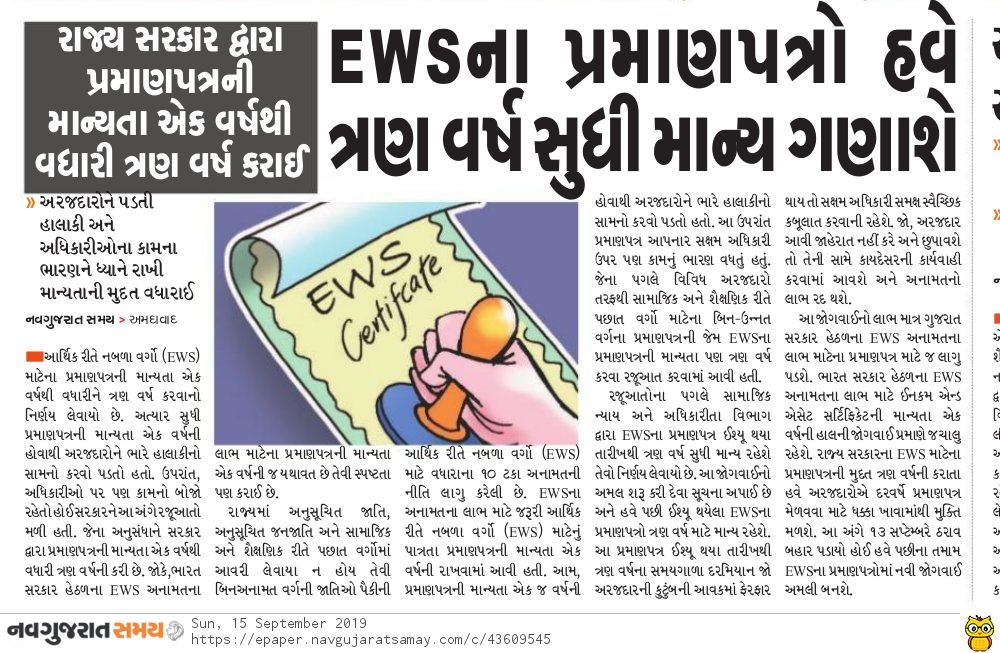