Jio GigaFiber announcements were made at the Reliance Industries Limited (RIL) 42nd Annual General Meeting (AGM). The biggest news was of course was the date of the Jio Fiber commercial launch - September 5. The date also marks the third anniversary of the launch of Jio's services. Other announcements included a Jio set-top box, Jio Postpaid Plus plans for Fiber customers, the Jio Fiber Welcome Offer, as well as a partnership with Microsoft. 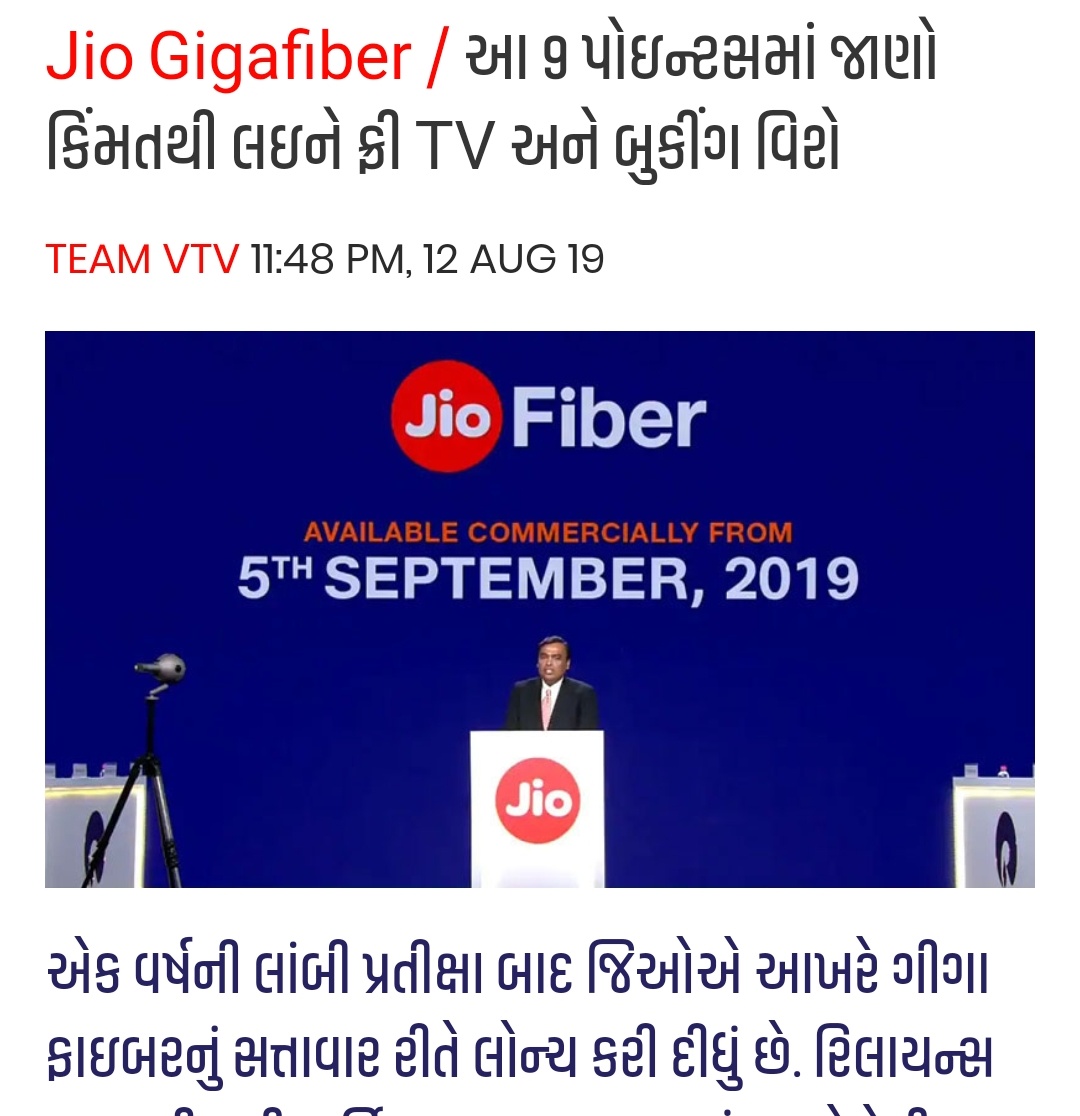 RIL Chairman and Managing Director Mukesh Ambani revealed that so far, Jio GigaFiber has received 15 million registrations for its Fiber home broadband service, and it is aimed to reach 20 million residences and 15 million business establishments across 1,600 towns - a step up from the 1,100 towns announced last year. Currently, Jio GigaFiber is in 5 lakh homes on a pilot basis. To recall, Jio GigaFiber has been in testing since 2016.

Jio Fiber plans will be priced between Rs. 700 and Rs. 10,000 per month, "meant to suit every budget, every need, and every segment," Ambani said. He also revealed that with Jio Fiber, voice calls from home to any Indian operator (mobile or fixed) will be free "forever". Jio Fiber plans start from 100Mbps, and plans for 1Gbps will be offered soon.

Reliance also talked about its mixed reality (MR) startup Tesseract. MR has many use cases including virtual shopping, education and movies. The Tesseract VR headset was also demoed.

He also talked about the readiness of the Jio Infocomm hardware and the overwhelming reception of Jio Fiber by early adopters.

JioFiber will begin its commercial operations from 5 September, which also happens to be the third anniversary of Reliance Jio.