The decision is likely to benefit 9,61,638 employees including pensioners and those working in the panchayats. The largesse is likely to put an additional burden of Rs 1,071 crore on the state exchequer. The rise is part of the 7th pay commission recommendations.

Earlier in the day , deputy chief minister Nitin Patel said that the employees both current and retired will be given an increase of 3% in their Dearness Allowance with effect from January 1, 2019. Patel, who was addressing a press conference, said that the arrears for the hike in DA will be paid in the month of July. 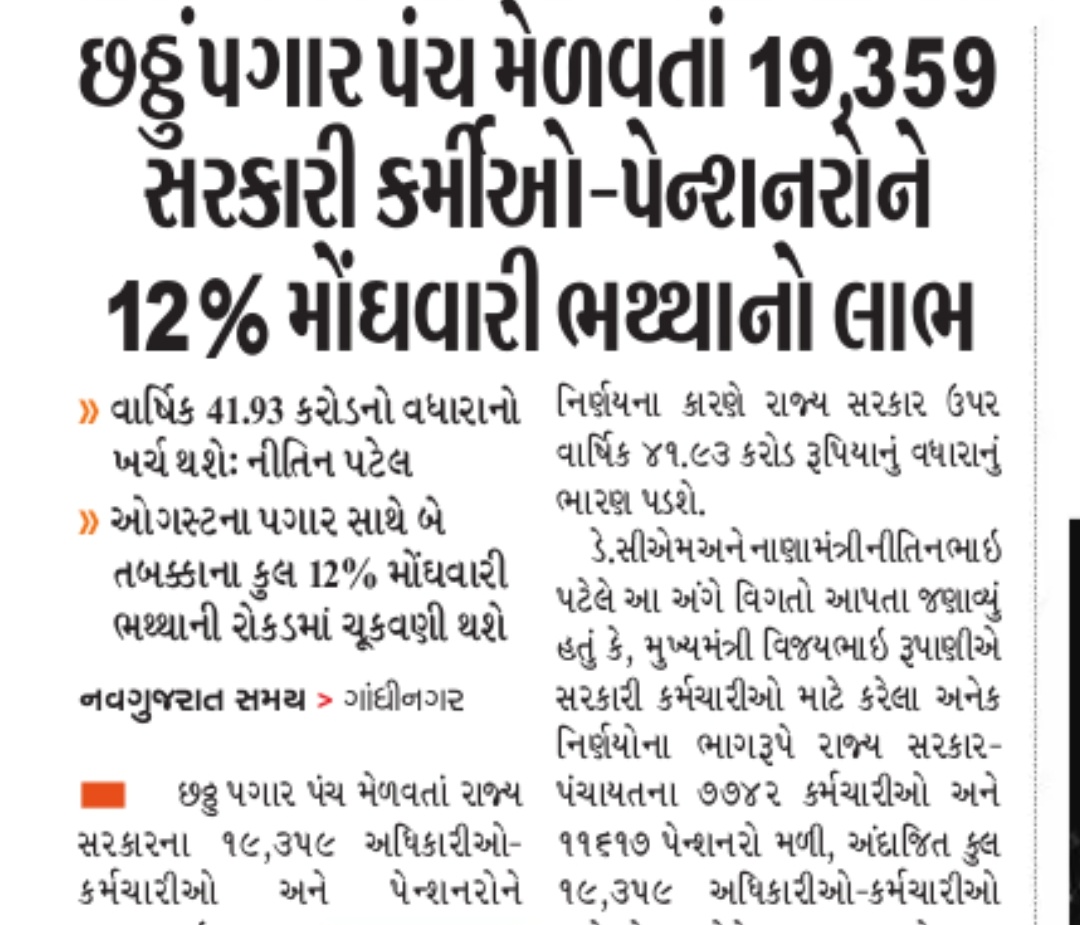 7th Pay Commission DA hike news: Centre is likely to make an announcement to increase dearness allowance (DA) for central government employees. The dearness allowance (DA) is expected to increase by 5 percent. This has been stated by Harishankar Tiwari, former president of DA calculator AG Office Brotherhood, Allahabad, and Assistant Secretary General of All India Audit and Accounts Association. Tiwari told Zee Business Digital that June month's data of All India Consumer Price Index (AICPI) (Number) has come, which is in favor of government employees. According to this, the DA, in all likelihood, is expected to increase by 5 percent this time. This increase will be effective from July, 2019.

According to Tiwari, inflation has increased in AICPI for April 2019. It increased to 314 in May 2019, compared to 312 points in April, and in June 2019, this reached 316 points. Government sources say that increased DA will be implemented in the 7th pay commission linked salaries of October or November along with arrears.

The central employees currently avail 12 per cent DA on monthly basis, said Tiwari, adding that if the government increases this by 5 per cent, it will reach 17 per cent. Following this hike, the salary of a lower level official, who has a monthly income of Rs 18,000, will increase by about Rs 900 per month, while the highest level official, pay Level 18, will get an increase of Rs 12,500 per month.

Ever since the implementation of the 7th pay commission pay scale, the DA of government servant at each level increases uniformly. According to the pay matrix of 7th Pay Commission, the dearness allowance from Level 1 to Level 18 will be equal in proportion to their wages. Level 1 belongs to the entry level of government service, while Level 18 is related to the official at the cabinet rank.