The Mukhyamantri Amrutum (MA) Yojana, a tertiary health coverage scheme was introduced by the Commisionerate of Health, Government of Gujarat on September 4th, 2012. While initially the scheme was aimed at BPL families only, it was subsequently extended to all families with an income of Rs.1.20 lakh p.a or below Rs.1.5 lakh from August 2014 onwards. The purpose of the scheme is to (covering hospitalization and surgeries) to all families in the aforementioned income slab. There are around 112 empanelled hospitals under the Mukhyamantri Amrutum (MA) Yojana across the state of Gujarat. The Mukhyamantri Amrutum Yojana received the SKOCH Award for Smart Governance in 2014 and CSI Nihilent e-Governance Award on December 13th, 2014

The Mukhyamantri Amrutum Yojana also won a national award for IT excellence for best use of information technology in the domain of healthcare.

The Gujarat government has constituted an Implementation Support Agency for the appointment of the District Coordinator, Regional Coordinator and facilitate claim processing
The government has also built a data centre with 5 TB storage capacity for proper and efficient implementation of the scheme. An IT Support Agency has been asked to develop the required software for various functions such as setting up of Taluka kiosks and beneficiaries’ enrolment among others
Private and Grant-In Aid hospitals/public can offer the ‘MA’ yojana
Details regarding the eligibility criteria and coverage under the scheme are listed in the table below: 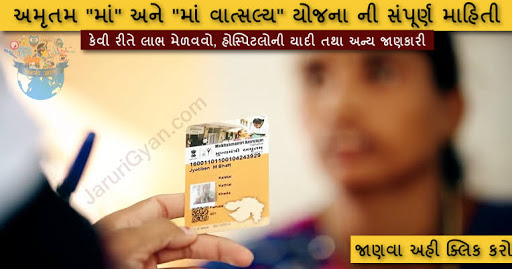 Mukhyamantri Amrutum Yojana Card:
The list of Below Poverty Line (BPL) families that are eligible for the Mukhyamantri Amrutum Yojana (MA) can be found on the www.magukarat.com website. For the MA scheme enrollment process, kiosks are established at each Civic Center and Taluka. Biometric information of the eligible beneficiaries of the scheme will be collected at the kiosks.