Lok Sabha Election Results 2019 LIVE Updates: The much-anticipated day is finally here. The counting of votes for the 17th Lok Sabha elections will begin at 8 am Thursday, bringing the curtains down on one of the bitterly-contested parliamentary polls post Independence. While trends should start trickling in soon after, a clear picture is expected to emerge only late afternoon.

While most of the exit polls have indicated a pro-incumbency wave and projected that the BJP-led NDA will comfortably cross the halfway mark of 272 seats to form government, the Opposition parties have dismissed exit polls results, claiming that the BJP will suffer a major debacle due to rising unemployment, farm distress and slowdown in the economy. 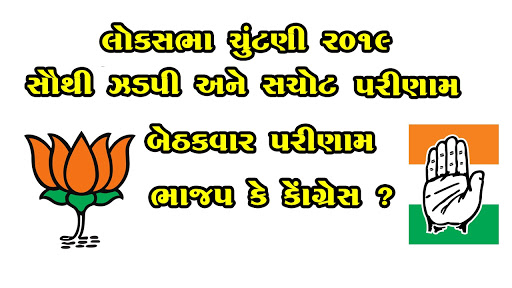 The seven-phase polls were conducted between April 11 and May 19 in which around 67 per cent of the nearly 900 million eligible people exercised their franchise to elect 542 members of the Lok Sabha from a total of 8,049 contestants.

people's verdict on who rules the world's largest democracy for the next five years, will soon be known as counting of votes begin today for the general elections, held after the most polarised campaign the country has seen. Prime Minister Narendra Modi - whose BJP became the first party to gain majority on its own in three decades - seeks a second term in power in face of challenge from a re-energised Congress under Rahul Gandhi and 21 other opposition parties.

Exit polls have predicted that the BJP would retain power with a comfortable majority. The opposition has pointed out that the exit polls often get it wrong.

Elections were held on 542 of the 543 Lok Sabha seats and a party or alliance needs 272 seats to form government. The counting will begin at 8 am.

Good morning! Welcome to the election results live blog where we will get you LIVE updates on who will form the next government.

Counting of votes will begin at 8 am this morning and we should expect the first trends by about 11 am. Stay tuned!