The roof of a building at AIIMS Bhubaneswar is ripped off in a video clip that was tweeted by the government's media department on Friday, as Cyclone Fani slammed Odisha, leaving three dead, villages submerged and trees and electricity poles uprooted. "Extensive damage to the structure of AIIMS Bhubaneswar, all patients, staff and students safe," Union Health Secretary Preeti Sudan was quoted as saying.
The premier institute also cancelled its post-graduate test scheduled for Sunday in view of the cyclone. "AIIMS PG exam is scheduled on 5th May. Due to cyclone Fani, AIIMS Delhi is cancelling the exam centre in Bhubaneswar. Another exam will be conducted for students affected by this cancellation as soon as normalcy returns," she was quoted as saying

Cyclone Fani, the strongest storm to hit India since 2014, is weakening after barreling into Odisha, the chief of the state-run India Meteorological Department (IMD) said in an report.

Heavy rains, along with strong winds, will continue throughout the day in Odisha, where more a million people have been evacuated, K J Ramesh, Director General of the IMD said. "After making landfall this morning, cyclone Fani has started weakening and it's likely to enter Bangladesh by tomorrow evening," he said. "No cyclone ever had such a long duration in April 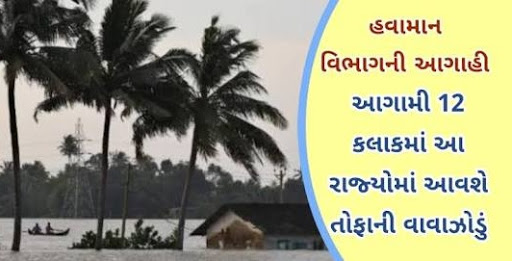 After Odisha, cyclone Fani will move towards North East via West Bengal and Bangladesh. The central MeT Department has issued a particular set of warnings for Assam.

The super cyclone Fani made a landfall today in Odisha, killing 6 people so far. A number of villages are submerged and trees have uprooted in many places. The MeT department had warned of very heavy rainfall and disturbed sea condition. The wind speed can go up to 200kms per hour, Dept said earlier.

Cyclone Fani crossed the Odisha coast near Puri by Friday evening and by midnight to Saturday early morning, the storm is likely to enter West Bengal with a wind speed of 90-100 kmph gusting to 115 kmph. The storm would further weaken by afternoon or evening on Sunday and move to Bangladesh with a wind speed of 60-70 kmph.

Along India’s coast, streets were largely empty as residents heeded warnings from the India Meteorological Department to stay indoors.

“In Bhubaneswar, we are all indoors,” said Jagdish Chandra Rout, head of communications for Gopalpur Port Limited. “Nobody is visible on the road, nothing is moving on the road.”

Mr. Rout said he felt the area was much better prepared for the storm than in 1999, when more than 10,000 people died in a cyclone

Nearly 11 lakh people have been evacuated from vulnerable and low-lying areas of at least 11 coastal districts while the evacuees have been accommodated in over 4,000 shelters, including 880 specially designed cyclone centres, Special Relief Commissioner B P Sethi told PTI. Other states on the eastern coast, such as West Bengal, Andhra Pradesh and Tamil Nadu, are also likely to be affected. Odisha Chief Minister Naveen Patnaik has appealed to the people not to panic as the government is fully prepared to deal with the situation