Voting for the marathon seven-phase national elections to constitute the 17th Lok Sabha has ended and is being followed by exit polls. After the Election Commission mandated half an hour gap, TV channels will start airing exit polls.

The exit polls, known to be off the mark at times, are based on responses of the people who have cast their votes. Pollsters, assuming that the voters have correctly revealed their choice, predict the results much before the actual counting of votes. 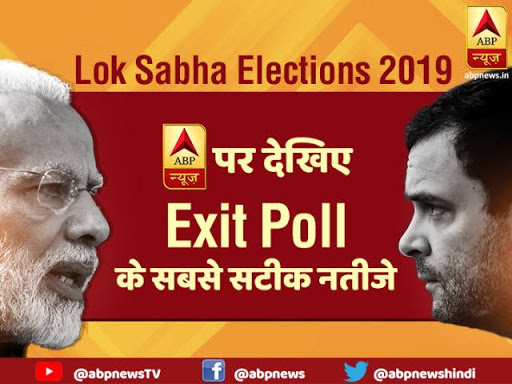 The sample size for IndiaToday-AxisMyIndia post-poll survey is close to over 8 lakh respondents, which is 20 times bigger than the 2014 exit polls and bigger than any other survey out there. The survey will indicate who's going to rule the country for the next five years. Will the people of India choose Narendra Modi as their leader again or will Rahul Gandhi's Congress wrest the power from the BJP-led NDA, or is it the third front, also called the Mahagathbandhan, which will form the government at the Centre?

The figures till now are based on the first six phases of polling. The survey predicts that the SP-BSP gathbandhan will fail to make a mark in the crucial state of Uttar Pradesh despite the arithmetic being in its favour. Other regional satraps like Mamata Banerjee and Naveen Patnaik are expected to do well in West Bengal and Odisha respectively, while Chandrababu Naidu of TDP and Jaganmohan Reddy of YSRCP are expected to share the honours in Andhra Pradesh.

Other exit poll survey like CVoter for Republic and Times Now exit poll have also predicted that NDA will cross the majority mark of 272, with CVoter giving the NDA 287 seats and Times Now forecasting it will bag 306 seats. According to CVoter, the UPA will get 128 seats, while the SP-BSP-RLD alliance will get 40 in Uttar Pradesh. The Times Now survey has given 132 seats to the UPA and 104 to regional players.