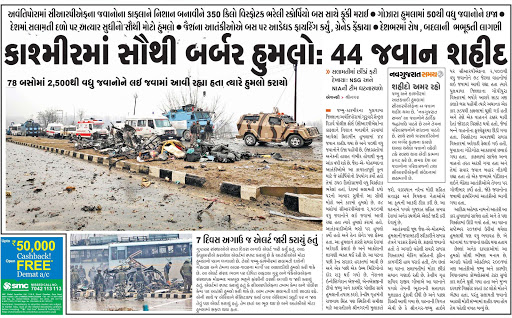 At least 39 CRPF personnel were killed on Thursday in one of the deadliest terror attacks in Jammu and Kashmir when a Jaish suicide bomber rammed a vehicle carrying over 100 kg of explosives into their bus in Pulwama district that also left many critically wounded, officials said.

More than 2,500 Central Reserve Police Force personnel, many of them returning from leave to rejoin duty in the Valley, were travelling in the convoy of 78 vehicles when they were ambushed on the Srinagar-Jammu highway at Latoomode in Awantipora in south Kashmir around 3.15 pm.

The Pakistan-based Jaish-e-Mohammed terror group has claimed responsibility for the attack that took place about 20 km from Srinagar, officials said. 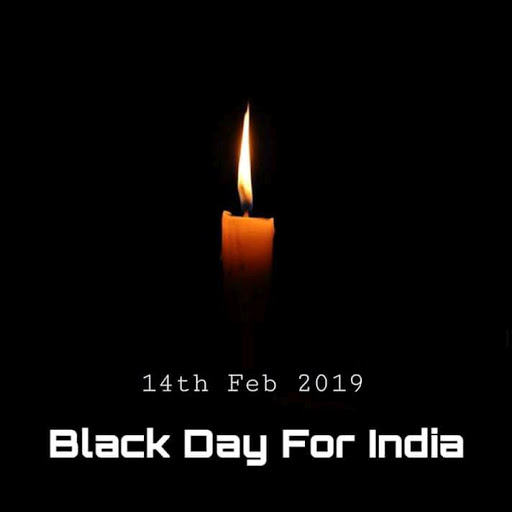 Police identified the suicide bomber as Adil Ahmed, who officials said joined the Jaish in 2018.

He was driving a vehicle packed with over 300 kg of explosives on the wrong side of the road and hit the bus, in which 39-44 personnel were travelling, head-on, an official at the spot said.

"There are no survivors from the bus," he said, adding that they were yet to ascertain exactly how many people were on the bus.

Condemning the terrorist attack, Prime Minister Narendra Modi said that the sacrifice of the brave security personnel will not go in vain.

The powerful explosion, which reduced the bus to a mangled heap of iron, was heard many kilometres away, including in some parts of Srinagar adjoining Pulwama district.

Body parts could be seen strewn around the area.

Officials said 42 CRPF personnel have lost their lives and some others are critical. They refused to give an exact number for those injured.

"The bodies are dismembered and mutilated making it difficult for doctors to give the exact number of casualties," a senior security establishment official told PTI in Delhi.

The bus that was the focus of the attack belongs to the 76th battalion of the force.