The Gujarat Secondary and Higher Secondary Education Board has declared the examination schedule for class X and XII. The examination will begin from March 7 and will continue till March 23.

Exams for the main subjects will be held on alternate days. A total of 17.50 lakh students are expected to appear for their SSC and HSC board exams,” said an official. The officials said that form filling for the examination is still going on.

The GSHSEB official said that the examination this year will begin five days ahead of last year. The examination has begun on March 12 last year. Board officials said the schedule has been uploaded on their website and copies have been dispatched to schools.

The Gujarat Secondary and Higher Secondary Education Board which is also known as GSEB and the website is gseb.org is a government body which is created and is maintained by the state government of Gujarat. The body is mainly responsible for directing and conducting the state’s secondary and higher education exams.The Gujarat board was created on 1st May, 1960 based on the ‘The Gujarat Secondary Education Act 1972’. Since, the time of its formation the board has been a very popular one in the state of Gujarat. There are huge number schools in Gujarat that is affiliated under this board. Starting from conducting exams to preparing the syllabus, the board takes care of all these tasks. The board also perform many other tasks which we will discuss in details in this following write-up. 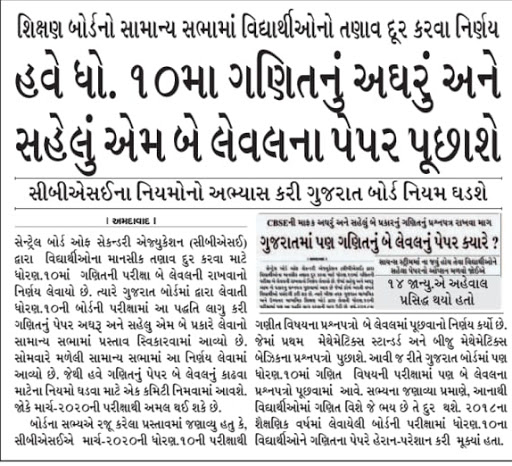