The lecturers working in colleges and universities across the state are holding a meeting on Sunday afternoon at the Gujarat University Senate Hall to raise their voice to put pressure on the state government to extend benefits of the 7th Pay Commission.

The teachers of eight GMERS medical colleges have declared their support to the associations for discussing future roadmap. Lecturers from various colleges from all universities are expected to participate in this programme, sources said.

They claim that lecturers and other university staff across the country have been granted benefits of the 7th Pay Commission with effect from January 1, 2016, but the fraternity in Gujarat is still deprived of the benefits.
Sources said that the state government has been trying to convince university teachers’ associations to cancel or postpone the programme because it would soon take a decision in this regard and convey the plans to them. 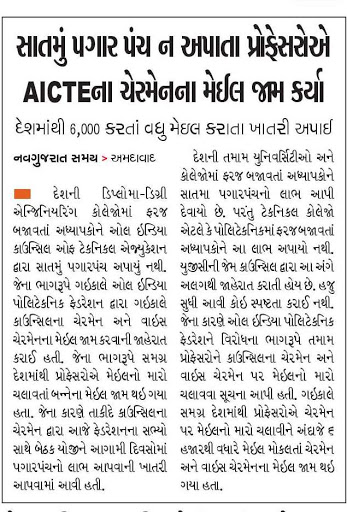 A large group of teachers, including those from Science, Arts, Commerce as well as Medical streams, the last of who were also included into the UGC in 2012, gathered at Gujarat University Senate Hall to demand their arrears.